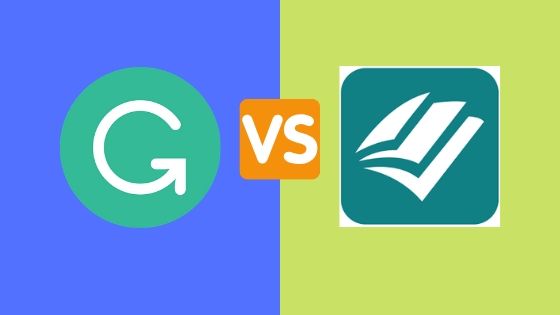 Explore this article
IntegrationsIntegration comparisonMicrosoft Word Chrome plug-in  Web Editors Downloadable App PricingProWritingAid Pricing – Grammarly Pricing – Spelling and grammar checkerHow is the winner?Summing-Up –
Rate this post
Which is better, Grammarly or ProWritingAid? One of the most important aspects to consider when choosing a proofreading tool is whether it has an offline mode. If you’re looking for software that can be used without an internet connection then this article might not be for you. However, if you need help with grammar and punctuation while writing your paper on your laptop in Starbucks then maybe Grammarly will suit your needs.
There is a lot of discussion in everyone’s mind that which one of them is best for you it ProWritingAid? Or Grammarly? If you are using one of this online tool already let see if you were using there best potential or not or maybe you are using a wrong tool. So with that, I decided to do a Grammarly vs. ProWritingAid reality check so we can see them side-by-side and figure out which one is the better between the two.
Contents hide
1 Grammarly vs. ProWritingAid
1.1 Integrations
1.1.1 Integration comparison
1.1.1.1 Microsoft Word
1.1.1.2 Chrome plug-in
1.1.1.3 Web Editors
1.1.1.4 Downloadable App
1.2 Pricing
1.2.1 ProWritingAid Pricing –
1.2.2 Grammarly Pricing –
1.3 Spelling and grammar checker
1.3.1 How is the winner?
1.3.1.1 Summing-Up –

Let’s make a side-by-side comparison of each one of those integrations to see which one is better,
This comparison comes up with my personal experience of using both of them,

With Word for both of them, I didn’t see any noticeable difference, so I can’t give a check for this one.

When it came to the chrome plug-in, Grammarly’s was a lot better. I found it with ProWritingAid. I kept a kind of hovering over there about a button. It would have that pop-up box, and he got really intrusive and obstructive; this became pretty annoying since it happens quite often, so I’m going to give a checkmark to Grammarly for this.

Both are very structured and pretty streamlined. Still, if you can tell with ProWritingAid, there are a lot of great options at the top ProWritingAid has 25 different reports and ways to check your writing, but one thing I loved most about ProWritingAid’s web editor is that I can select the style of writing that I’m doing. So when I’m working on a blog post, I can choose, but when I’m working on saying one of my academic papers which I haven’t done one of those in a long time, but if I did, I would select academics. I love that it switches the way it looks, and I found that a lot of the suggestions it gave were a lot better because of that, so a checkmark to ProWritingAid for their web editor.

This one was a little bit confusing because Grammarly’s downloadable app actually opens up the web editor that we just saw but it allows you to do it from your computer however with ProWritingAid the downloadable app is actually the Scrivener integration that we just talked about while you can open up the ProWritingAid app and you can open up certain file types and do some riding in there I didn’t exactly like this instead the main function of this downloadable app is to be able to open up any of your Scrivener projects inside of it make the edit and then save it and it saves it inside of your Scrivener project so that maintains your formatting but in allows you to use the coolness of ProWritingAid to be able to edit your Scrivener work So in truth since both of them are not exactly the same I can’t give a checkmark to either.

Grammarly comes with only 3 plans only and the annual plan cost around  $139.95 which is way more costly than ProWritingAid.

I love most about ProWritingAid’s pricing is they also have lifetime access I’m not a fan of subscriptions so I love the ability to buy up a great product immediately and never have to pay again and with their price, it’s only $105 using that coupon code that’s actually cheaper than one year of Grammarly so for that I’m going to give two checkmarks to ProWritingAid because not only are they cheaper also annual basis but they also offer a lifetime for one price.

Finally, let’s look at the core components of both which is the spelling and grammar checker the question is which one is better which one gives better options as well as a better recommendation to do this we open up 25 different articles of mine to include blog posts books even my thesis and we ran it through both of them and in truth our results were kind of inconclusive there were times where ProWritingAid was much better and there were times that Grammarly was better so we didn’t have enough data to say that one gets the checkmark so I can’t give one to either.
Also, look at the comparison between android and iOS

How is the winner?

One thing that I did love most about ProWritingAid which we did talk about earlier was that I could select the style and that really changes the way I recommended things to me with that I felt like the recommendations given by ProWritingAid were much better and I can also use those reports that we talked about to learn even more so I guess I should give a checkmark for ProWritingAid for that alright guys so as you can see ProWritingAid is the clear winner with a lot more integration and usually better integrations much better pricing.

In the end, I thought it was much better at teaching me how to write but it doesn’t mean the prorating it is for everybody I still like the functionality of Grammarly as I’m using on the Internet it doesn’t intrude on the things I am working on but with the goal of improving our writing of ProWritingAid is much better so if you’re looking at grammar and spell checker that just seems the integrates into your operations and is easier to use that would be Grammarly however though if you’re a true rider that you’re trying to develop your writing skills make your next book and those sorts of things ProWritingAid has much more tools to do it and to do it more effectively and efficiently plus it’s also a lot cheaper.
Grammarly is a great tool for proofreading your work and has been around since 2008. ProWritingAid was released in 2016 with more features than grammar checking, but not as many reviews or awards to date. Both of these tools are currently rated highly on the market and have free versions available so you can try them out before committing to one. We recommend reviewing both options carefully before selecting which one will be best for you!

Just read your blog.Good one. I liked it. as we provide free grammar check at affordable prices. for more info visit our website.

Extremely helpful post. This is my first time visiting here. I discovered such a large number of intriguing stuff in your blog particularly its exchange. Truly its extraordinary article. Keep it up. Dissertation editing

Excellent post. I really enjoy reading and also appreciate your work.Best Software for Writing Procedures This concept is a good way to enhance knowledge. Keep sharing this kind of articles, Thank you.