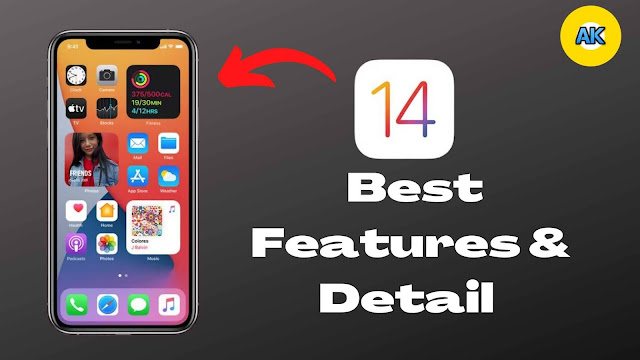 The public betas for IOS 14 on the iPhone and iPad 14 on the iPad are available to download today. Now, I have been using the developer betas up to now, so I wanted to go over some of the big features that you can expect and also some of the little things that you might have missed. 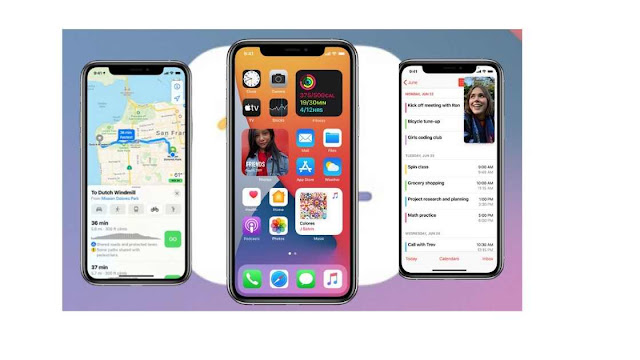 Now, on the iPhone, the big flagship feature on IOS 14 is the new home screen.

So the first big group of small changes is it seems like Apple finally figured out that you can show stuff on top of other stuff without switching the whole damn screen over to the stuff that you wanna show and it lets you keep your contacts, that's just a little bit more elegant. Apple calls this Compact UI and there are a few examples of it.

They've changed up the way sidebars look in iPadOS and I think it's because they know that there's gonna be a lot more iPad apps coming to the Mac and so they wanted the sidebars to be a little bit more consistent between the iPad and the Mac. There's also a new time picker so you no longer have those weird little dials, but you gotta be careful though, 'cause sometimes the little number paddle gets stuck just on the hour or just on the minute.

Apple Maps actually got the biggest changes, because I think Apple had the most work that it had to do there. So I've got Apple Maps open here and you can see I've got some directions set up, but I have them set up via bike, which is the new feature inside Apple Maps and one of the nice things you can see here is that in addition to showing you how long it's gonna take, there's also what the elevation's gonna look like, 'cause riding up to Sutro Tower is a lot of work. It gives you a little bit of information about what the path is gonna look like, where you're gonna be on main roads, or are you gonna have your own bike lane? This is all pretty nice, but it's a little bit of a catch up to Google Maps. I actually prefer the way Google Maps handles bike routes, because you can see here that it actually just has a straight-up map overlay on top of your map, showing you where all the bike lanes are which is a lot nicer, a lot easier to plan your stuff out before you get out on the road. There's also enhanced maps coming to the UK, Canada, Ireland, and there's also electrical vehicle routing so you can find where to charge your car and they also support congestion zones so you know whether or not you're gonna have to pay a toll to go into a city.

One feature in IOS 14 that's awesome is you can add captions to photos now so they're easier to search for later. If Apple had released that two months ago as an app update, you might actually know about it and use it. Instead, it just features 637 on IOS 14. I mean look, if my biggest complaint about IOS 14 is that there are too many new good things in it, that's really not a huge complaint, but it is just a little bit overwhelming. Hey, thanks so much for watching. Like I said earlier, we have a full deep dive on the home screen on the iPhone on IOS 14.

There's a new feature called Screen Recognition. So we go into Settings, Accessibility, VoiceOver, there's a setting here called VoiceOver Recognition, so it can read image descriptions to you, but it also has screen recognition. So just like on Android, the iPhone will try and identify elements on the screen so you can say them out loud. So instead of saying 47 to hit that spot on the grid, you can just say Tweet and it will read the Tweet button and hit the Tweet button for you.

There are just a thousand other features that we can get into and I will tell you some of the basics features in iOS 14.

Features of iOS 14 In iPad/iPad Pro 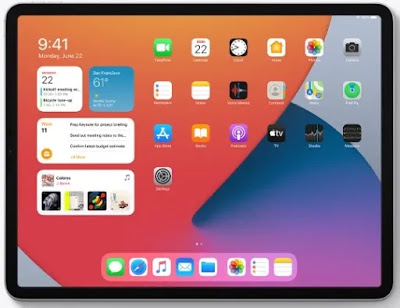 I wanna focus right now on the flagship feature on iPadOS, and weirdly, it's not the home screen, because then iPhone gets it and the iPad has to stay with the old home screen for a dumb reason. I don't know.
The main new flagship feature on iPadOS 14 is this Apple Pencil, and specifically, it's that you're gonna have to put this thing down a lot less often. Now, the first major new feature for the Apple Pencil on iPadOS is called Scribble.
This lets you write text with your handwriting in any arbitrary text field, so you just go to a text field and start writing in that text field. And the nice thing about this is you can sort of let your handwriting roam all over the entire iPad and it'll still work, as long as you start inside that text field

Should you install Beta iOS 14?

I would wait. You should wait to see what people are saying about its stability. Some years, those betas, they feel basically done and other years they're kind of a mess. Based on the developer beta so far, this seems like a good year, but honestly, you should never put a beta on your main phone if you can help it. So, each platform, IOS, and iPadOS are gonna get a flagship feature, and then there's all those little tweaks and changes that I mentioned. Regardless of whether you're being responsible and waiting for the official release or if you're being irresponsible.

There are tons of new features available in iOS 14 but we cant tell you all the features of iOS 14 in this article but we covered the main changes you will in new iOS 14.
So it's up to you guys if you want to install it on your iPhone or iPad because it's still under construction you can see some bugs in it.