Here is the list of best games android of 2019. including 5 different categories

Today we will discuss the best games of android In 2019. Every year google conducts a contest between the top-performing games of the year and lets the users decide which game is best for them.

Many factors determine the top-performing game of the year, which we will discuss later on. 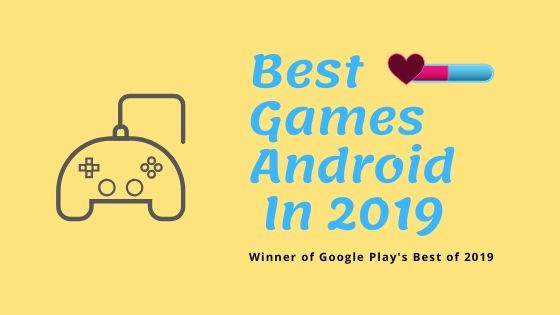 2019 has been an excellent year for the game lover. There are lots of games that come in 2019 and perform really well, and some of the games are so addictive; some are very innovative too. So it's challenging to decide which is the best game of android In 2019.

We, Will, decided To divide The Games Into 5 Different Categories.


The indie game is the game that is maintained by a small group of people, and users love the game so much.
It's critical categories according to us because this is new to the market games in which they have to compete in the competitive market and big Android game developing company.
So, according to Google and users votes, The Best Indie Game of 2019 is #DRIVE.

#DRIVE is one of the best Indie games of 2019 chosen by the users.
This game is for car driving lovers how love to drive a car.
This videogame inspired by road and action movies from the 1970s.

Starting from the bottom now, ending up with this reward whole developing team comes to far and doing some great work and making this game better and better.

In this busy world, users don't have enough time and energy to spend on the games. Still, some of the game lovers love to spend their free time playing the game in which they can just play the straightforward gameplay pick & play; that's where  Casual match comes into play.
This is the reason why casual games are one of the most essential categories of this blog.

In which  1945(The Game) Stands out from all other game and make his name in the market and become the Best Casual Game of 2019.


1945 is the classic long-run shooting game from the late '90s. It was recreated for the shooting game lover with lots of features, powers, and levels.

This game is made of a simple concept. There is nothing fancy in this game; it was simple and easy to play the game with a lot of fun.

So if you are from the '90s and love to play the game, this game is definitely for you, and that's why users choose 1945 The Best Casual Game of 2019.


Everyone loves innovative things in their life because innovation brings lots of interest. In gaming, world innovation is a must because users lose interest if they have to play the same concepts game again, that's why the change in games is a must. That's why we are covering this & gonna, tell you all the Best Innovative Game of 2019.

So, according to users and google officially announces Alt-Frequencies The Best Innovative Game of 2019.

Alt-Frequencies just make the top of the list because of the great innovation & bring something new to the concept of the games.

Alt-Frequencies is the audio mystery game where you can expose the radio hosts, conspiracy theorists, politicians, underground activists - and a dog by rewind the time and tell the truth to everyone.

We cant tell the whole story of the game. You have to play the game; it's definitely worth it.


Alt-Frequencies is a paid game. You have to pay for it if you want to play the game.

Some of More Best Innovative Games of 2019 -

Now the main topic of our blog is here which game is best in the year 2019.
In the year 2019, many games come and do well in the market, but to find the best game, many factors come into play like the game should be fun, accessible, and deliver compelling gameplay.


The all-time great Pc game call of duty come to the mobile and comes with the bang. Call of Duty®: Mobile done so well in the market because of game gameplay, features and the main reason for the success is you can feel the PC call of duty into your mobile with some add on features as well.
The game where you can play 100 players battle royal, or you can play 5vs5 team deathmatch and many more modes of play.'

The Call of Duty®: Mobile is free to play, but it has some in-app purchases.

So because of the great greatness of the game Call of Duty®: Mobile is the Best Game of 2019.

The Games which we discussed in this blog are not rated by me. They are the winner of the google play's Best of 2019.